A little while ago one of the living room lights burnt out and my flatmate went about changing it. Before getting rid of the old bulb I found her wrapping it with newspaper and asked her what she was doing. She said ” oh this, this is called protecting our hobos”. She was talking in reference to the garbage bin divers who scavenge garbage for recyclable/reusable goods.

When I first got here, the fairly modern city that is Montevideo, I occasionally saw a horse-drawn cart with several individuals and tons of bags/plastic goods/boxes etc. I thought it was kind of odd. When I enquired I found out that these people make a living off the goods they find in the bins. Then I came to discover the symbiotic process that drives their livelihood. So in this small South American country the notion of recycling and reusing is fairly common and practiced in most households; separating glass and plastics and cardboard before disposal. Uruguayan based companies also promote recycling. For example Conoprole (primarily known for dairy-based products) advocates returning all milk bags. Milk here is sold is sealed plastic bags (just like the ones in east coast Canada). So we wash them out and when we accumulated a bunch we take them back to the supermarket to be recycled. Same goes for bottles, most glass bottles are returned to the supermarket.

To add to this most of the major supermarkets now have orange plastic bags that they distribute along with the regular grocery bags. These bags are to be used to dispose of recycled goods. So it makes it easier for those who scavenge for these goods to find them. I thought that was really interesting, I guess this to some extent is aimed at promoting the reuse of goods and in some way to facilitating the livelihoods of those who live off scavenged goods.

Comparing Uruguay to Canada/US or the UK who spend significantly more in promoting recycling/reuse agenda, it seems that Uruguayans have simply adopted it into their way of life. Granted not everyone is as avid about the process as my flatmate but generally most Uruguayan living throughout Uruguay (not just the big city-Montevideo). This process took me back to my Solid Waste Management class, which heavily relied on psychology. It just reaffirmed the notion that promoting this agenda cannot solely be focused on placing empty bottles in a different bin, but incorporating it into a larger scheme of lifestyle changes.

It got me wondering if North Americans will ever “buy into” reducing their consumption. I guess this post also comes on the eve of increased coverage of several cities worldwide becoming “bag free zones”. Notably led by Rebecca Hosking from the city of Modbury, England, who went on a spree to rid her town of all plastic bags.

All in all, I’m fairly impressed by way of life here. Not that I am naive and believe recycling will solve the world’s problem, because the sad reality is domestic waste is only a fraction of what occupies landfills worldwide. Additionally, the process of recycling in itself is a costly and sometimes polluting process that requires altering the chemical makeup of a product. But in the grand scheme of things it’s the notion of leading a lifestyle without excessive consumption and some regards to the consequences and impacts our demands is admirable. It also speaks volumes on nations as a whole. With an eminent recession hitting the US economy, Bush is solution to the problem is BUY MORE! CONSUME MORE! Don’t know how effective that will actually be, but sooner or later someone has to catch on to the implications of all this consumption. 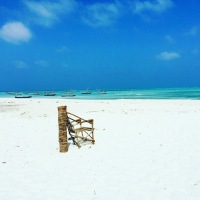 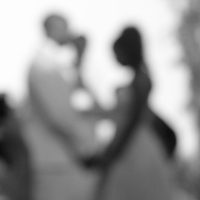 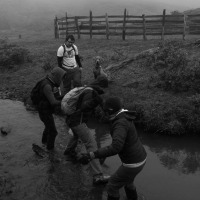